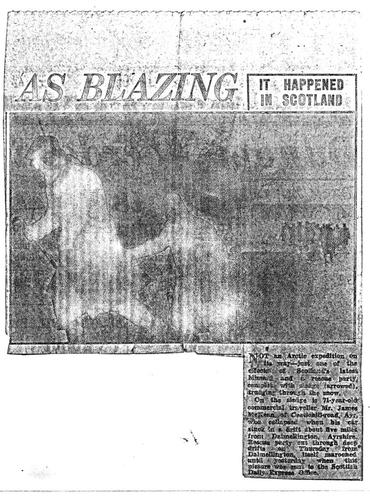 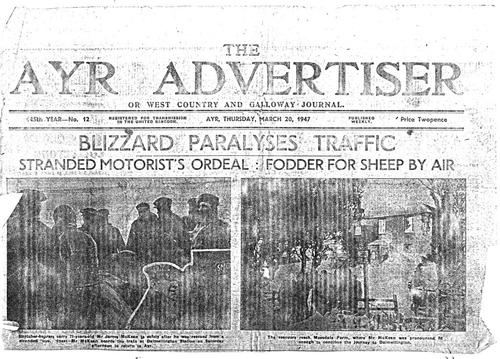 IT HAPPENED IN SCOTLAND
Not an Arctic expedition on its way – just one of the effects of Scotland’s latest blizzards and a rescue party, complete with sledge (arrowed) trudging through the snow. On the sledge is 71-year-old commercial traveller Mr James McKean of Castlehill Road, Ayr, who collapsed when his car stuck in a drift about five miles from Dalmellington, Ayrshire. Rescue party cut through deep drifts on Thursday from Dalmellington itself marooned until yesterday when this picture was sent to the Scottish Daily Express Office.