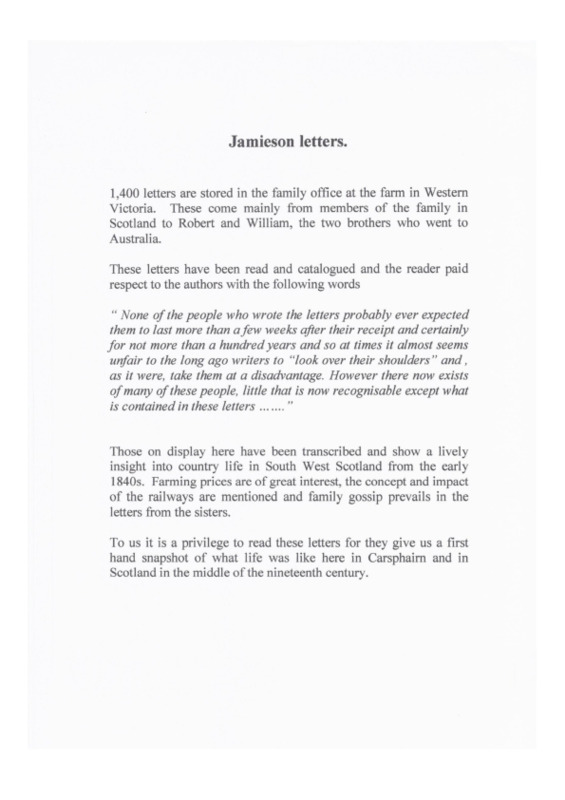 1,400 letters are stored in the family ofﬁce at the farm in Western Victoria. These come mainly from members of the family in Scotland to Robert and William, the two brothers who went to Australia.

“None of the people who wrote the letters probably ever expected them to last more than a few weeks after their receipt and certainly for not more than a hundred years and so at times it almost seems unfair to the long ago writers to “look over their shoulders” and, as it were, take them at a disadvantage. However there now exists of many of these people, little that is now recognisable except what is contained in these letters ..... .. ”

Those on display here have been transcribed and show a lively insight into country life in South West Scotland from the early 18403. Farming prices are of great interest, the concept and impact of the railways are mentioned and family gossip prevails in the letters from the sisters.

To us it is a privilege to read these letters for they give us a ﬁrst hand snapshot of what life was like here in Carsphaim and in Scotland in the middle of the nineteenth century.