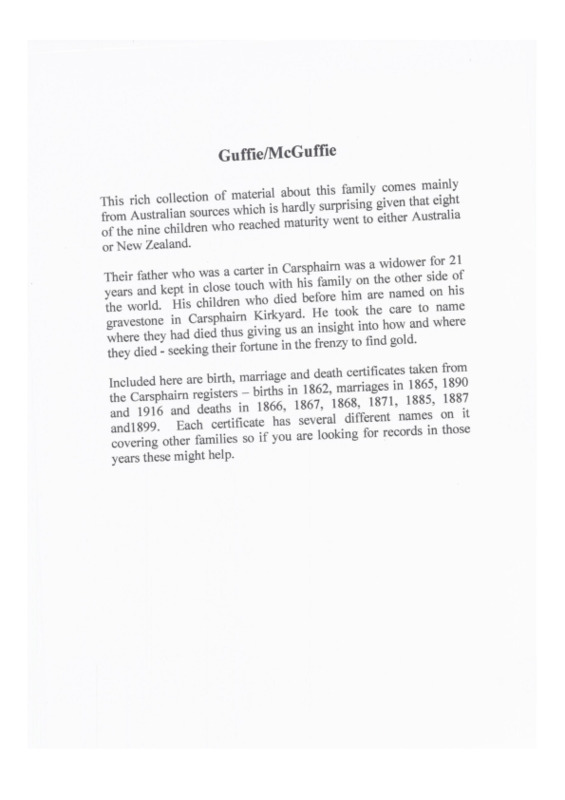 This rich collection of material about this family comes mainly from Australian sources which is hardly surprising given that eight of the nine children who reached maturity went to either Australia or New Zealand.

Their father who was a carter in Carsphairn was a widower for 21 years and kept in close touch with his family on the other side of the world. His children who died before him are named on his gravestone in Carsphairn Kirkyard. He took the care to name where they had died thus giving us an insight into how and where they died - seeking their fortune in the frenzy to ﬁnd gold.