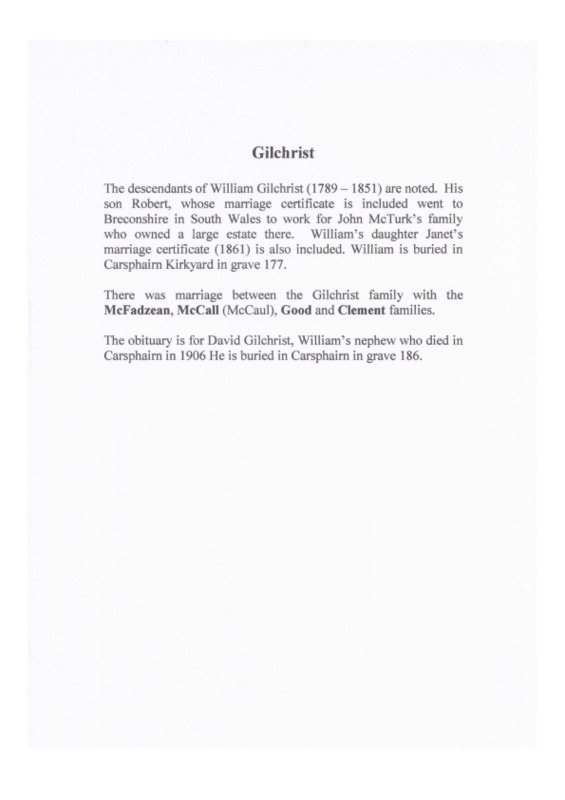 The descendants of William Gilchrist (1789 — 1851) are noted. His son Robert, whose marriage certiﬁcate is included went to Breconshire in South Wales to work for John McTurk’s family who owned a large estate there. William’s daughter Janet’s marriage certiﬁcate (1861) is also included. William is buried in Carsphairn Kirkyard in grave 177.

There was marriage between the Gilchrist family with the McFadzean, McCall (McCaul), Good and Clement families.