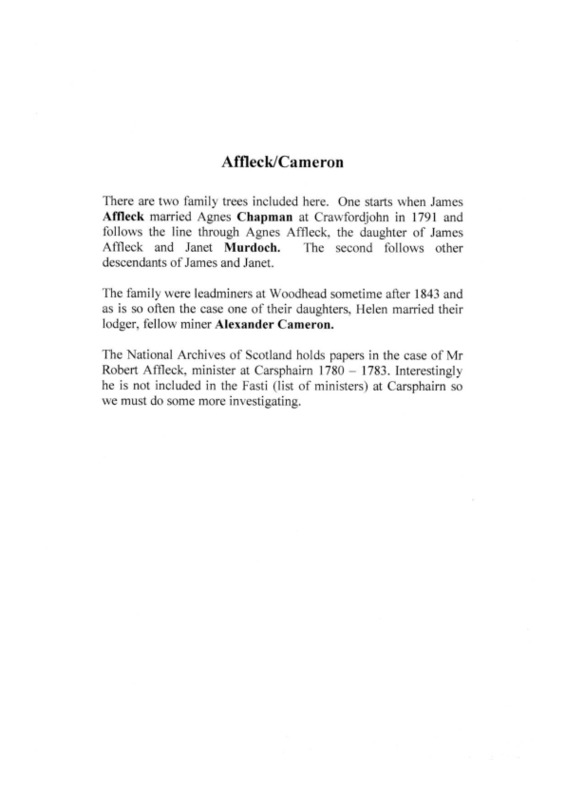 There are two family trees included here. One starts when James Affleck married Agnes Chapman at Crawfordjohn in 1791 and follows the line through Agnes Afﬂeck, the daughter of James Afﬂeck and Janet Murdoch. The second follows other descendants of James and Janet.

The family were leadminers at Woodhead sometime after 1843 and as is so often the case one of their daughters, Helen married their lodger, fellow miner Alexander Cameron.

The National Archives of Scotland holds papers in the case of Mr Robert Afﬂeck, minister at Carsphairn 1780 — 1783. Interestingly he is not included in the Fasti (list of ministers) at Carsphairn so we must do some more investigating.